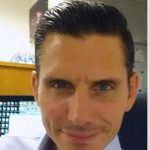 “When I first walked into Luca Borsugi’s office I was barely a shell of a man. My confidence shattered, my spirit broken, and a mind that was wrought by depression and addiction. Within two sessions I was standing taller and able to make eye contact again. Within a week, my friends said I had a glow they had not seen in years. Within a month, I was operating at an extraordinary capacity and ready to take on the world. Since I met Luca, I have stopped drinking entirely. I am writing again, and my personal relationships are not just better than before…they are predicated on love and respect and NOT co-dependency. To say I had tried everything before I met Luca would be a mild understatement. If it was out there, I had read it, attended it, bought it, or joined it. Luca is the first person who ever presented it to me in way that was applicable to modern times, in a modern time frame. His knowledge of the brain is unprecedented and his method leaves an immutable mark on your life. He showed me how to believe in ME again. My only regret is not meeting Luca sooner. ” Luka Pecel Film Director. Yelp.com